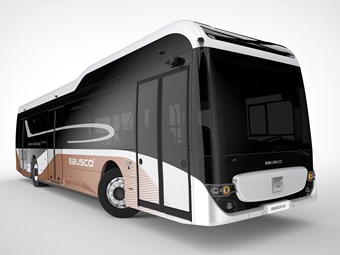 Ebusco, a Dutch pioneer in electric vehicle technology and smart mobility solutions, is launching a regional partnership with the ABC – the largest Australian-owned bus group in Australasia, it states, for the “…future of zero-emissions buses in Australasia”.

Simon Pearce, newly appointed strategic director of Asia Pacific for Ebusco explained: “The Australian Bus Corporation and Ebusco initially met at the [2019] BIC conference in Canberra, Australia. After an initial discussion between Dan Marks (director/owner of Precision Buses and BusTech), Peter Bijvelds (CEO Ebusco)and Michel Van Maanen (CCO and COO Ebusco), each party felt that they could offer the other a unique skillset in addressing the needs of the Australasian market”.

According to the company, uniquely, Ebusco has a, “…deep understanding of bus operations enabling [it] to support operators in the deployment of zero-emissions buses in markets having regard to TCO (Total Cost of Ownership).”

It adds that Australian Bus Corporation, through Precision Buses and BusTech, provides unrivalled design, engineering and manufacturing capability and capacity in Australia, which is comprehensively supported by: a localised supply chain throughout Australia; spare parts warehousing; and a service, after-sales and support network.

Christian Reynolds, group managing director of Australian Bus Corporation, said: “Our collaboration with Ebusco supports our broader strategy of collaborating with technology partners who wish to expand into Australasia and localise their production to provide economic benefit to the Australian market and create Australian jobs, while leveraging territory-specific engineering know-how and capability.”

“Sovereign capability in Australia has never been more important and the Ebusco team has embraced that with their plans to expand into Australia by partnering with us,” Reynolds explained. The partnership between Ebusco and the Australian Bus Corporation will ultimately result in the Ebusco 2.2 electric bus and the next-generation, carbon-based Ebusco 3.0 being manufactured in Australia in a purpose-built high-tech facility, the companies confirm.

Australian Bus Corporation and Ebusco recognise buses are only one part of the broader ecosystem that is required in Australia to activate the rapid deployment of zero-emissions buses, they state.

To that end, they are both working with other technology and infrastructure partners to support multiple operations across Australia.

“We believe the Ebusco 3.0 will be a game-changer and will significantly lower the ‘total cost of ownership’ model in an extremely competitive environment, delivering significant benefits to customers,” stated Ebusco Australia’s Pearce.

“The collaboration with Ebusco is an exciting development for both parties, combining Ebusco’s experience in Europe with Australian Bus Corporation’s commitment to smart engineering, which will support electric bus advancement for both companies,” Reynolds added. A TALE OF TWO TYPES

Ebusco supplies two types of buses at present: the Ebusco 2.2 and the Ebusco 3.0.

“Here in Australia we have the ideal location to demonstrate the potential of this very innovative technology,” he continued.

“In growing cities it’s more and more important to [embrace] technology as it transitions from traditional industries into the environmentally friendly digital economy.”